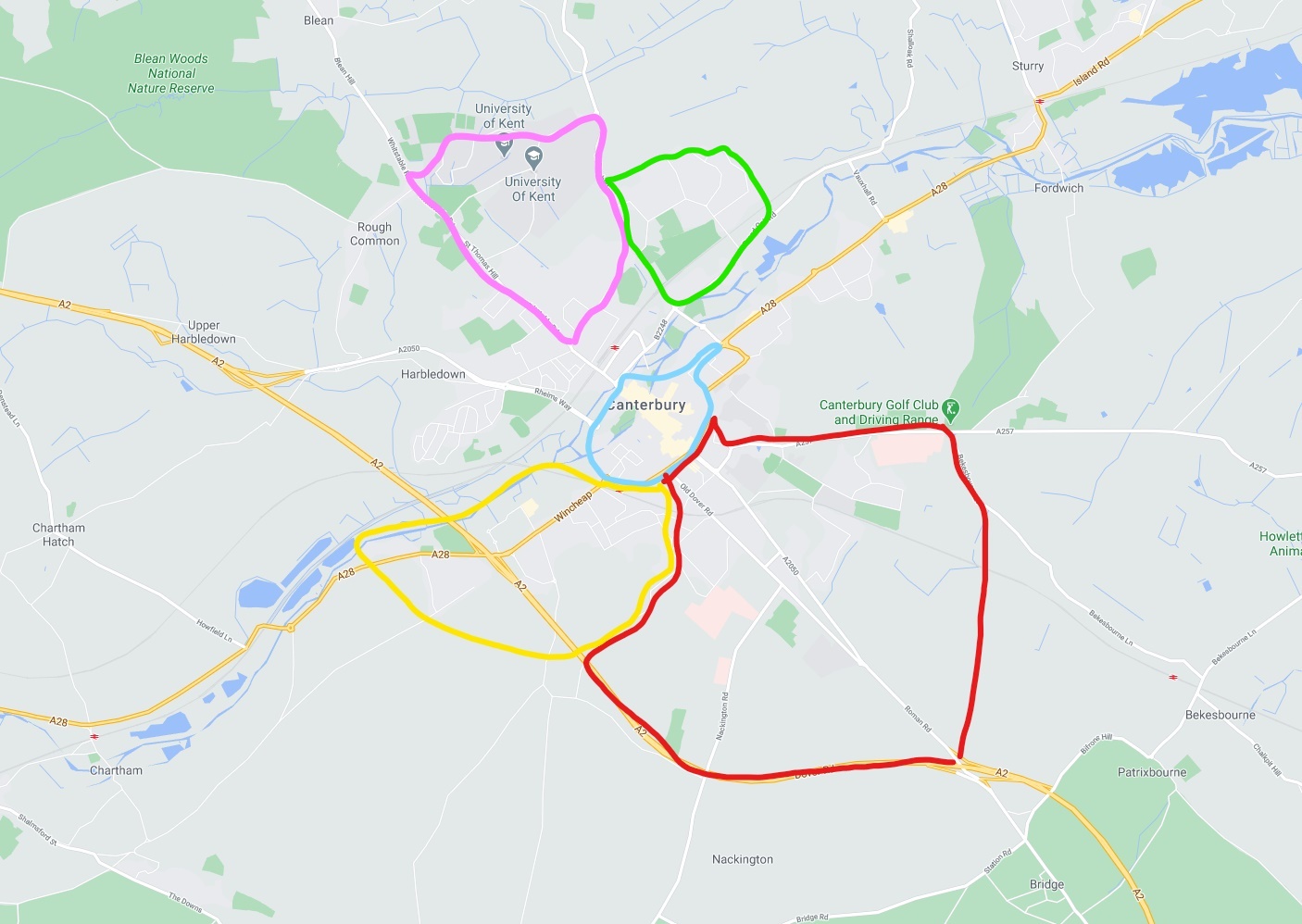 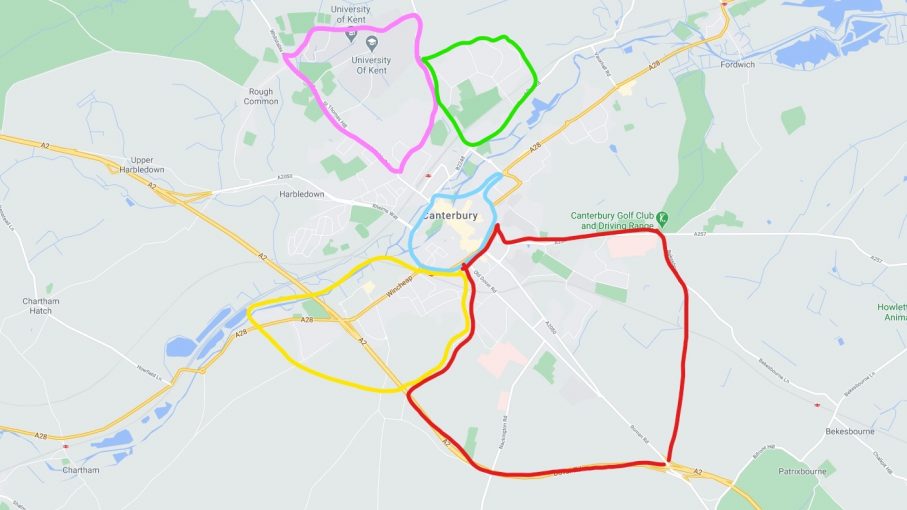 This area is King’s Mile; the center of Canterbury, and its primary commercial district. There are many cheap eateries and take-away restaurants, as well as local, high-street shops. Canterbury Cathedral is situated directly in the middle, and is a must-see.

King’s Mile has an old-worldly appeal, with the old, traditional English architecture and quirky buildings. It is very safe, as there is a large amount of foot traffic, alongside good lighting and friendly locals. King’s Mile might be your only option for accommodation if you are set on staying in the city; otherwise look outside the city.

Barton is one of the city’s bigger residential neighborhoods. There is not much to look at, as it is primarily a traditional English housing estate. The Canterbury Golf Club is nearby and a great place for a family-friendly activity. Accommodation is almost, if not non-existent; however, it is quite a safe area of the city.

Wincheap is one of Canterbury’s rougher areas and is a residential neighborhood, but also has a large commercial sector. Wincheap’s huge industrial estate can be unappealing to some, but provides many options for shopping, including supermarkets.

This area is reasonably safe, but it would be advisable to be cautious late at night.

This area is very safe, as it is mostly comprised of students of the University, and the locals are quite friendly.

Hales Place is yet another of Canterbury’s residential neighborhoods; however, it is one of the city’s nicest. The rolling fields and hills that surround this neighborhood make it ideal for anyone looking to witness England’s natural beauty.

This neighborhood is largely populated by students, as it is close to the University of Kent and is considered to be one of Canterbury’s safest neighborhoods.