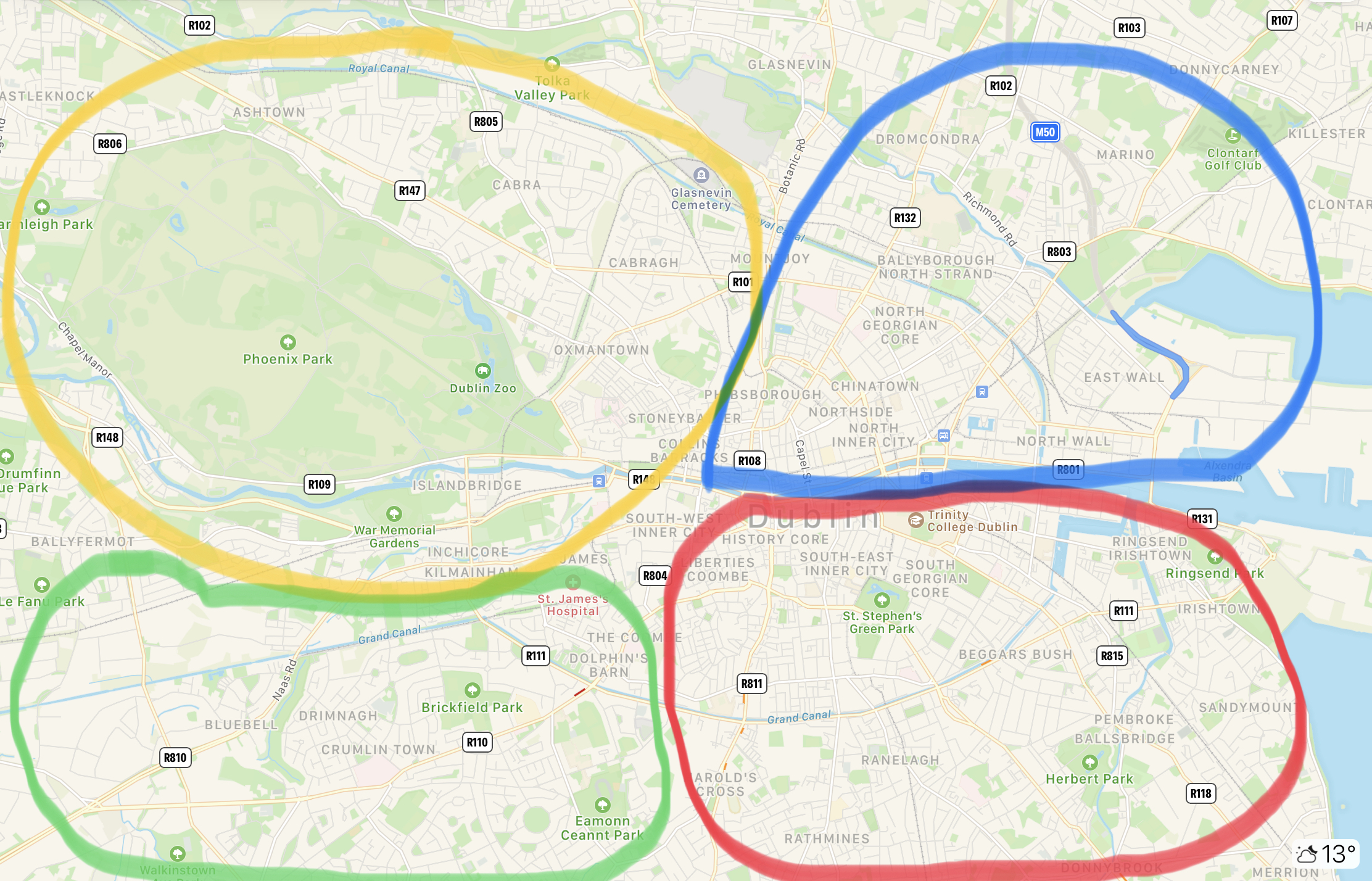 This area includes several historically significant areas, including Glasnevin Cemetery where Irish patriots including Daniel O’Connell and Michael Collins are buried. One of the main tourist areas here is Phoenix Park, which is one of the largest recreational spaces in Europe. Within Phoenix Park is Dublin Zoo, which is about four miles from the city centre.

This area is not as well known to tourists but is seen as being extremely up-and-coming. There are several theatres of cultural significance in this area, including the National Theatre of Ireland. It’s an ideal area to stay if you want to be in walking distance of the city centre without paying a high price tag.

The main transportation in central Dublin is known as the Luas, which is a tram service with two lines, you can purchase single day or return tickets, or alternatively a travel card if you’re visiting for a week or longer.

This area includes Temple Bar, which is the most popular tourist destination in Dublin, and is the centre of nightlife with various traditional pubs, as well as more upmarket bars. Inside this area is Trinity College Dublin, the most prestigious university in Ireland. They regularly hold events and are a key tourist attraction if you’re interested in Irish history. Also in this area are several green areas, including St. Stephen’s Green Park, which are always very popular during the summer. The majority of the tourist destinations in this area are focused on early 20th century Irish history.

There a mix of high-end and more budget friendly accommodation in this area, ranging from the 5* The Merrion to your traditional budget hotels.

This area of Dublin known as the ‘Crumlin’ area and is mainly residential, making it ideal for more long-term visits or if you’re on a budget. It’s one of the oldest areas of Dublin and features many historic building. Its main appeal is that it’s close enough to the city centre, about a fifteen minutes drive, and you can stay there without breaking the bank.