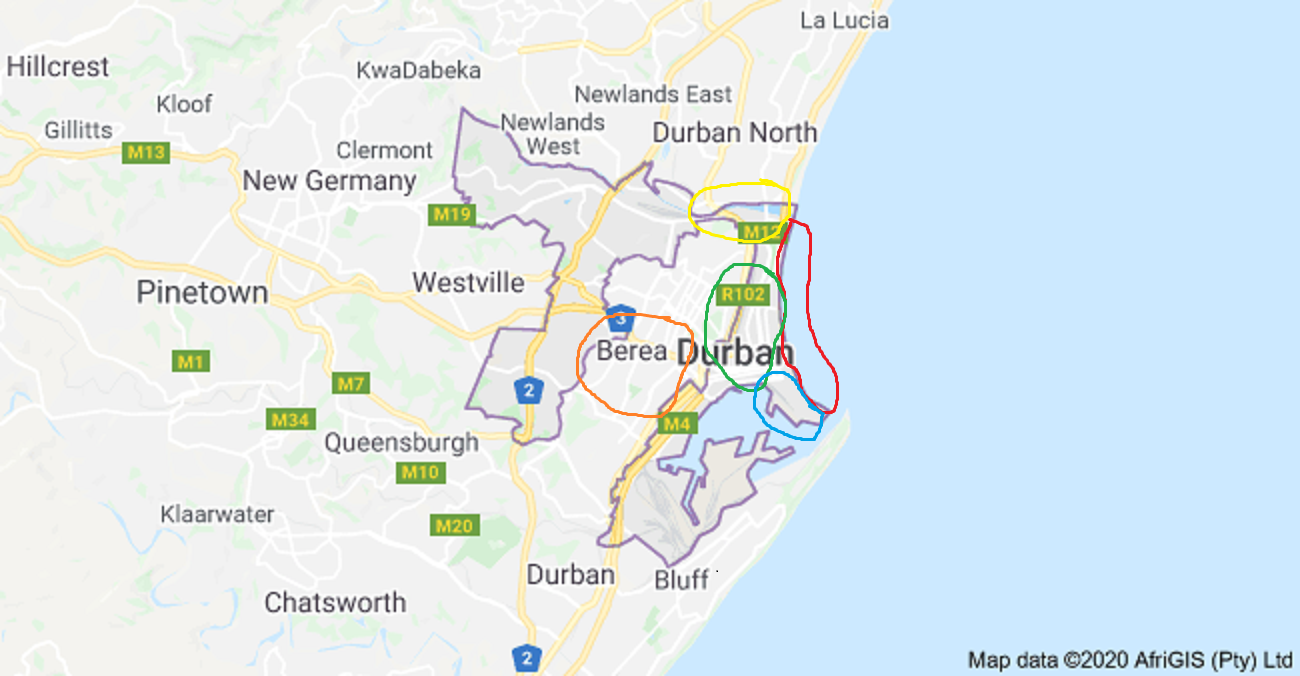 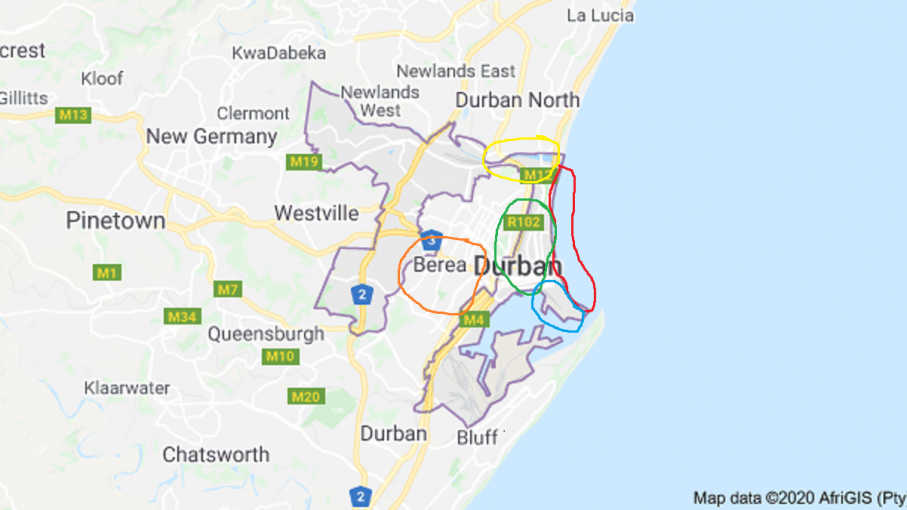 This is a mapee covering Durban, South Africa. This city is one of the most popular tourist attractions in South Africa.

The area surrounding the mouth of the Umgeni River is very popular among anglers and other adventurous. On the one side, you have Durban north of all of its shopping centers, restaurants, and bars while on the other side you have the northern parts of central Durban with its own set of shopping centers and entertainment venues. There is also the Umgeni River Bird Park which is doing a lot of good work involving the protection of various bird species.

The central areas of Durban provide the visitor with an excellent range of attractions and this includes shopping areas as well as museums and other places of interest. There is also the Indian quarter which is home to the Juma Masjid Mosque which is the largest mosque in the southern hemisphere. The Indian quarter continues to attract a large number of visitors annually and it is full of exotic aromas, sounds, and other sites of a multicultural origin.

Durban’s Golden Mile is one of the most popular tourist attractions anywhere in the world. Some of the most popular beaches on the planet can be found in this Golden mile and there are also some excellent hotels that provide world-class accommodations for people visiting the city of Durban. This is also a surfing paradise. The area has dozens of restaurants and other entertainment venues many of which have become very popular among tourists. This entire area is covered by shark nets and a large number of lifeguards are available in order to ensure the safety of people swimming in this area.

The very popular uShaka Marine World is located here. It is at the southern end of the Golden mile just north of the entrance to the Durban harbor. There are many high-quality attractions in this immediate vicinity. There are excellent replicas of well-known shipwrecks and uShaka Marine World is the largest aquarium in the southern hemisphere. It provides visitors with the opportunity to get very close to various forms of marine life which can be seen through a number of underground viewing galleries.

One of the oldest surviving botanic Gardens on the continent of Africa is in fact the Durban Botanic Gardens which is located on the slopes of Berea hill which is in the Northwest quadrant of the city center. They are excellent shopping centers in the area as well as many other entertainment venues such as bars, restaurants, and other places of interest.