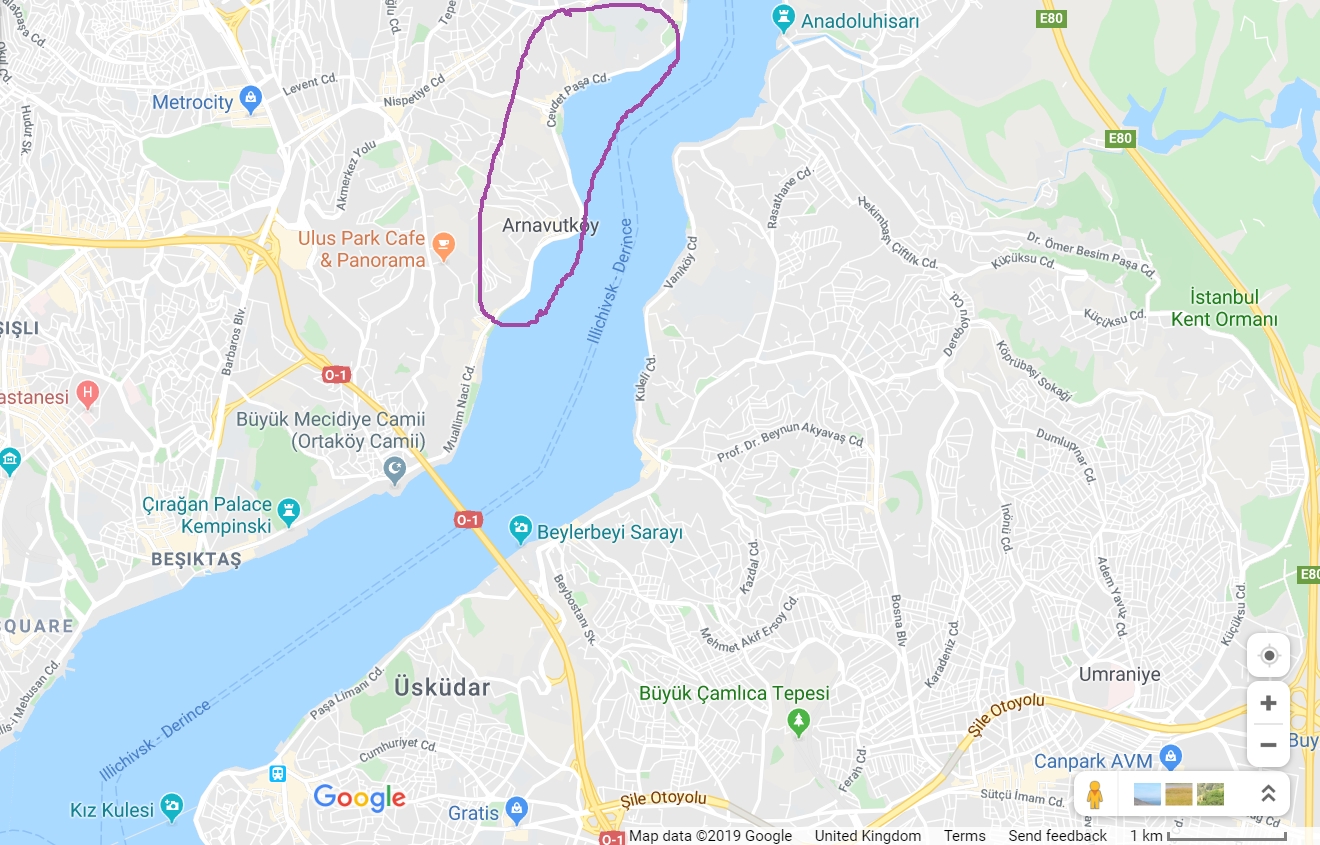 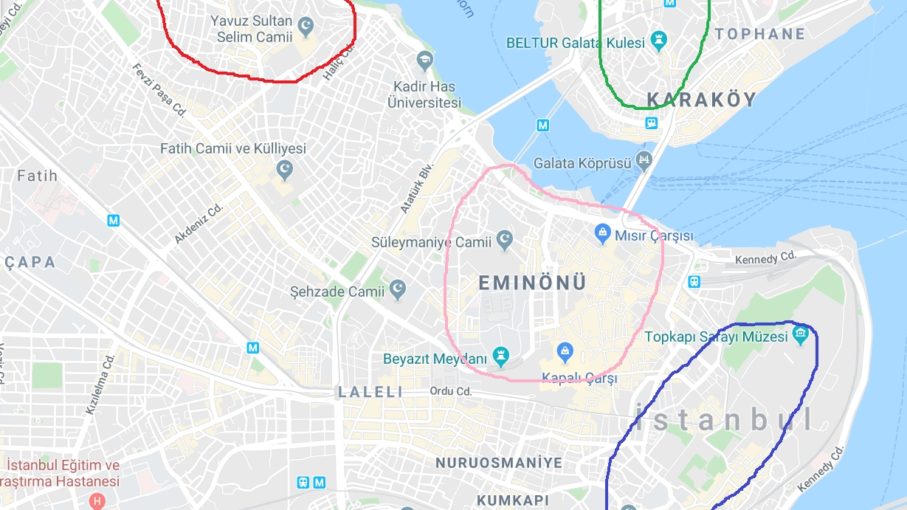 Istanbul is a unique city as it is the only place in the world that straddles two continents. Covering both Europe and Asia, it has seen the influence of the Greeks, Romans, Venetians and the Ottomans, which means it’s a melting pot of culture, art, architecture and cuisine. 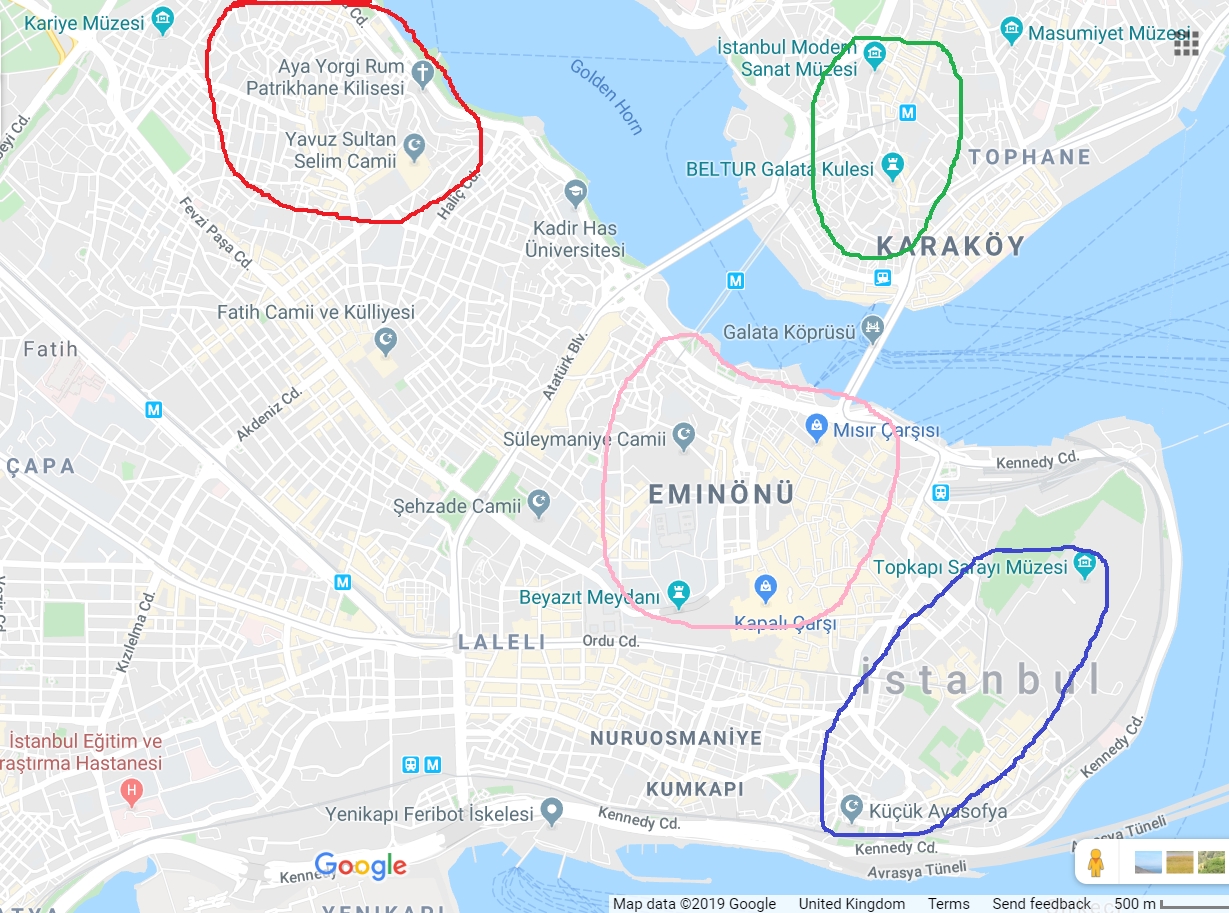 Located on the European side, Balat is known as Istanbul’s most colourful neighbourhood, and is an Instagrammer’s dream. It’s full of narrow cobbled streets, brightly painted houses and aesthetically pleasing cafes, bakeries and vintage shops. It also has its fair share of old churches and synagogues, which are a reminder that Balat was once home to a large Jewish and Greek Orthodox population.

Eminönü is a harbourside area, and is a great place to sit and watch the boats go past. While you’re here, try one of the infamous fish sandwiches sold right off the boat. Most of the sites, shops and restaurants here are within easy walking distance. Bazaars are a quintessential feature of Istanbul and shouldn’t be missed. The two most famous bazaars in the city are located in the Eminönü district – the Grand Bazaar and the Spice Bazaar. The Grand Bazaar is one of the largest and oldest markets in the world and offers everything from jewellery to homeware to knock off designer brands. If you’re more of a gastronomist, then head to the Spice Bazaar for colourful spices, tea and sweets.

Most of the city’s historic sites from the Byzantine and Ottoman eras are located in the Sultanahmet area. The most touristic sites are monuments including Hagia Sophia, Blue Mosque, Topkapi Palace and Basilica Cistern. These sights are all within a few minutes’ walk from each other. Word of warning: the queues do get really long, so it pays to get there early or at closing time.

Galata is one of Istanbul’s most trendy neighbourhoods. The most famous site in this area is the Galata Tower, which was built in 1348 and was since used by the Ottomans to spot fires throughout the city. It’s quite an artsy place, and boasts plenty of shops specializing in antiques, home décor, artwork, local fashion and accessories. For great vantage points, take a walk down to the Galata Bridge which spans the Golden Horn.

Bebek and Arnavutköy are both affluent neighbourhoods located right on waterfront of the Bosphorus. You can stroll all the way down the promenade from Bebek to Arnavutköy, and get real estate envy at the huge houses and apartments lining the waterfront. If you’re looking to get away from the tourist traps, these neighbourhoods are great as they’re located away from the hustle and bustle of the tourist areas. It boasts a modern nightlife scene, with plenty of cocktail bars to choose from. If nightlife isn’t your craze, this area still has plenty to offer during the day. Wander round and admire the picturesque or enjoy the views at one of the many fish restaurants dotted along the coast.