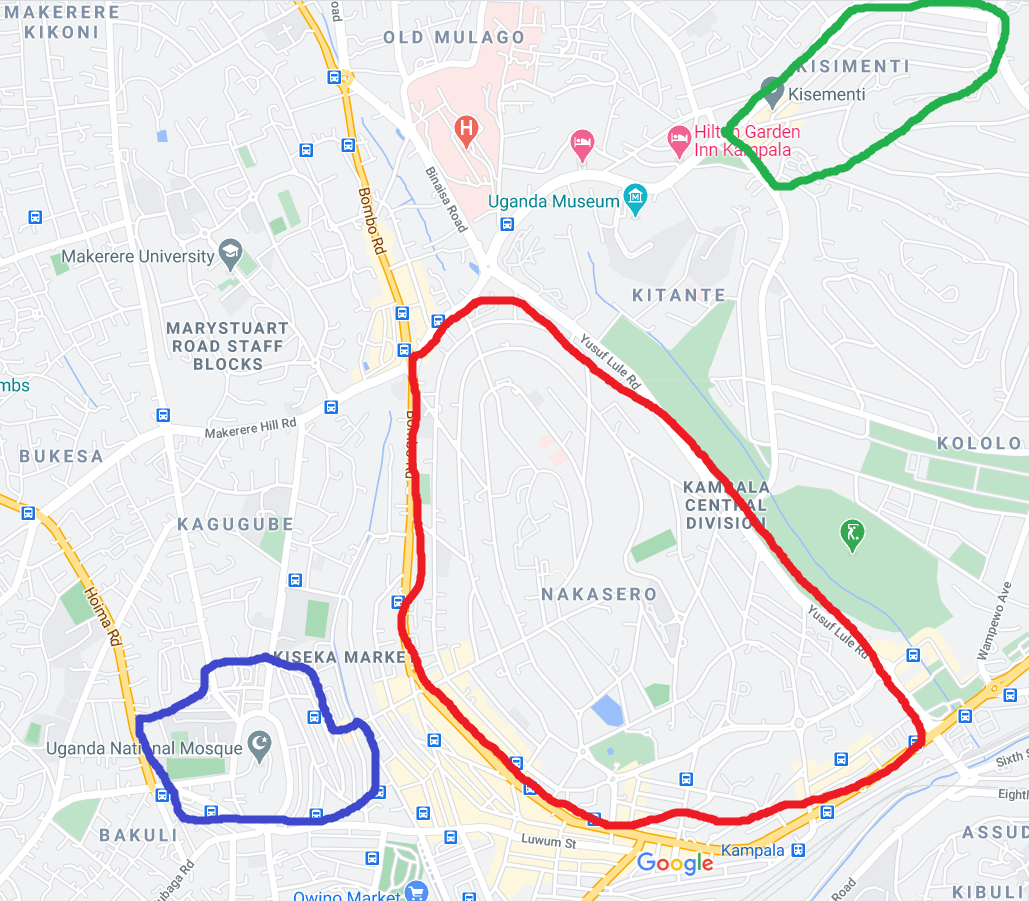 This is a fun part of town, both during the day and the night. Due to the fact that most of the government buildings are found here, as well as lots of offices and headquarters of major businesses and companies found in Uganda, you may see a lot of police and military around. This shouldn’t cause alarm as the area is pretty safe to walk around, even at night.

There are dozens of hotels in the area and even the nicer ones are quite affordable (£50-£80 a night is about the going rate). You’ll also find plenty of bars, restaurants and even a casino if that’s your thing, but foreign men – especially the wazungu (white men) – need to take care in many of these places, as you’ll attract a lot of prostitutes. But there’s culture to be found here too, with cool markets and craft shops.

Old Kampala, or Kampala Hill to give it its correct title, is pretty much right in the middle of the city. You’ll see much of the city’s Muslim population here as it’s home to the Uganda National Mosque (sometimes called the Gaddafi Mosque). Like the neighbouring Nakasero district, you’ll see a lot of bars, restaurants and cafes to keep you busy both day and night. And if you want to walk around, be prepared to get out of breath, as some of the hills are steep!

This neighbourhood is pretty small and is a little further out from the city centre. As such, it’s a bit quieter and is favoured by the wealthier locals and expats as a place to set up home, as it’s considered quite safe. Anyone visiting Kampala for a longer period of time could consider staying here. There’s still plenty of things to do, with sports bars, a cinema complex, restaurants and coffee shops, but it’s just a bit more laid back than the centre of town. Kisimenti is only a short taxi or boda boda ride away from the centre, if you want to party a little harder.