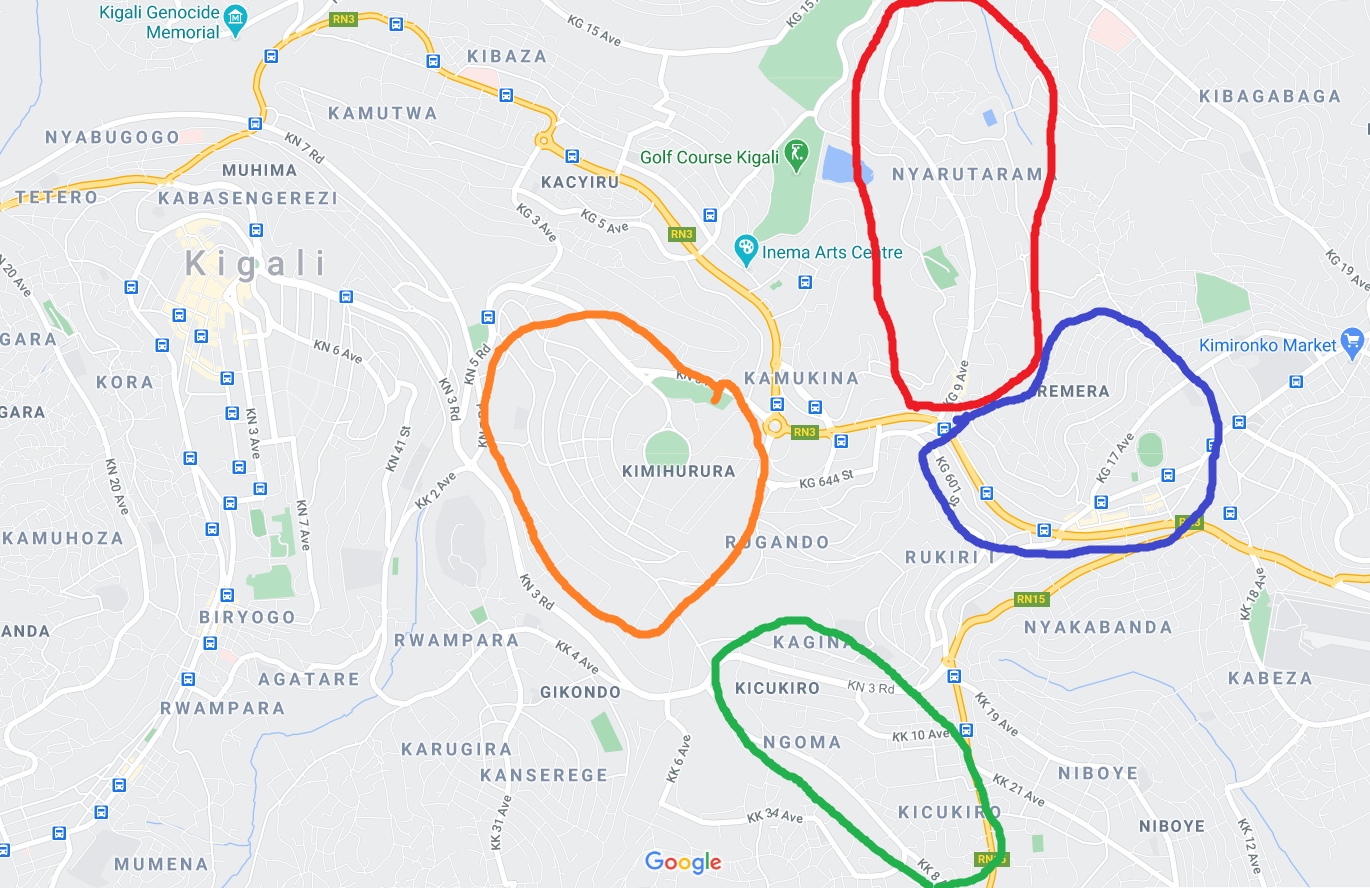 Kigali is a beautiful city to walk around and as a foreigner, I have never felt anything other than safe. The people are friendly and the city is very clean. But Nyarutarama in particular is a really nice part of town where the wealthy locals and expats set up home. There’s an international school here, which explains why many of expats favour the area, but it is not only residential, as it is home to some cool bars and restaurants (some nice Asian cuisine in particular). There are also some very high end hotels, where you could pay over £100 a night to stay. But it is a very safe part of town and you’ll find literally everything you need nearby, including a hospital.

Kisimenti is very much an “up and coming” area in Remera, and it is growing in popularity due to a wide range of trendy cafes, bars and restaurants. In the evenings you’ll find businessmen and women drinking after work, mixed with expats and younger local revellers starting their nights out. The wider Remera area is also home to the national sports stadium, which hosts soccer matches and live music events, as well as lots of good hotels.

You’ll find a younger crowd in Kicukiro as it’s close to the universities and technical colleges, but it’s still a decent area to go for a night out, with nice bars and dining establishments. But as you might expect from the university district, there’s more culture to be found here. It’s also home to a couple of churches.

Another really vibrant part of Kigali, with a good mix of locals and expats, is Kimihurura. You will find it to be safe and secure as it’s home to many of the government buildings, as well as an international conference venue. While the houses and hotels are not quite so fancy as in Nyarutarama, it’s still a really affluent area and you can still be paying in excess of £100 a night to stay here. It’s more central than the above named areas too, so if you’re staying in the centre of town, this would be a good place to start exploring the Kigali nightlife.