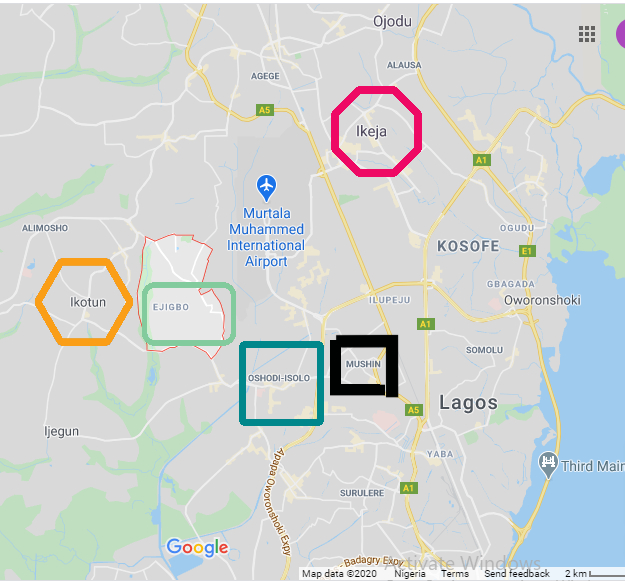 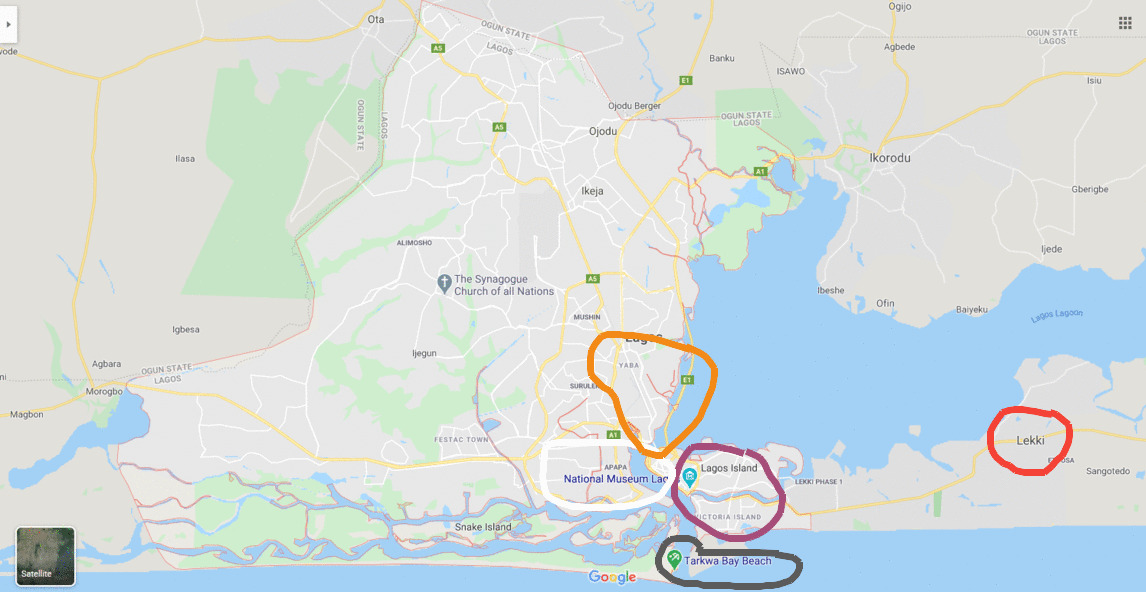 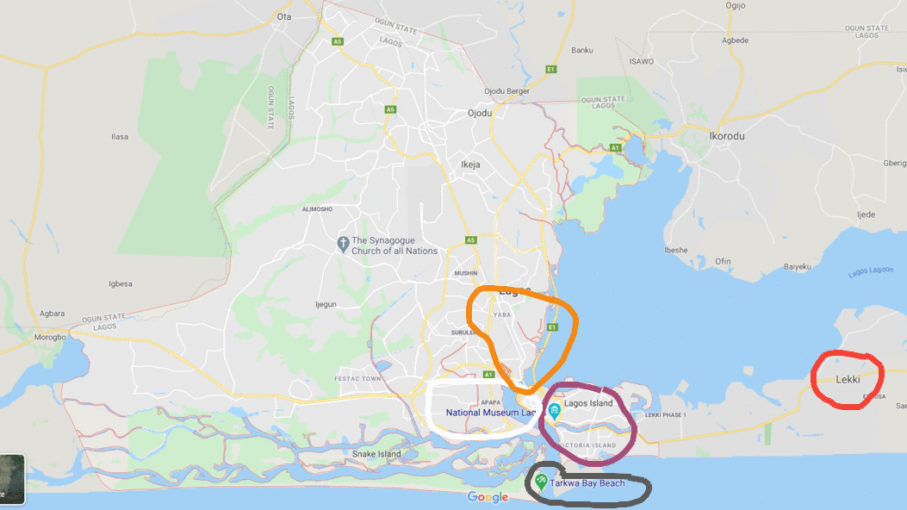 Ejigbo is a moderately dense area in Lagos. It is a place where the rich, middle class and the poor can share. There are a few highbrow and semi-highbrow streets in Ejigbo but the rest are mostly slums. Like most parts of Lagos, traffic begins to build up in Ejigbo as early as 5:30 am and may not subside till about 10 pm. If you will be leaving for work and intend to be early, you might want to leave home at 5 am.

Hands down the busiest part of Lagos. The major roads are well-paved and have wide lanes which surprisingly are still not enough to prevent the common traffic gridlock. However, branching off any of these major roads means the beginning of a bumpy ride. The roads in the interior parts of the town are mostly rough dirt roads with open drains at both ends. The area is usually flooded during extended periods of rainfall. It is also the tech hub of the state. If you are a tourist looking to buy electronics and tech-related items, Ikeja is the place to go to.

Oshodi, like most other parts of the state, is quite active at night. There are a host of night clubs, bars, and other recreational centers that operate around the clock.  Traders can be found doing their businesses throughout the night in the busier parts. If you want to explore the urban lifestyle and commerciality in Lagos, Oshodi is the best place to visit.

The residents are multicultural with the agrarian Yorubas being the dominant ethnic group, followed by the commercially minded Igbos and the Hausas. Since Lagos is a Yoruba speaking part of Nigeria, you might want to have a Yoruba speaker with you (due to the language barrier) whenever you want to buy foodstuff displayed at the roadside or at one of the several large markets. Most of the traders are illiterates or semi-literates and will likely not have a good command of the English language. Most of the inhabitants of the area are Christians. However, there is an increasing number of Muslim population in the town. The groups coexist peacefully.

The people are very friendly and accommodating. Neighbors bond and see one another like family. Religious festivals are a major contributor to the bond that is shared among inhabitants. Christians can be seen visiting Muslims and vice versa during religious festivities. If you are looking to make new friends and bond, Ejigbo will suit you perfectly. The crime rate in this town is lower than in most other parts of the city, and roadside parties are a common sight. The residents are a jolly bunch.

For tourists looking to catch the most fun, Lekki is unarguably the best place to go to. The nightlife in Lekki is extremely vibrant. People never turn in for the night, the town never sleeps. It has the best night clubs, strip clubs, casinos, hotels, and restaurants. It’s home to the state’s elite, socialites, and celebrities.

Yaba is essentially the silicon valley of Nigeria. It hosts some of the biggest tech companies on the continent. A lot of the residents are software developers. Housing in Yaba is on the high side.

It’s a chill location where people go to cool off. You can play on the shores as the tides wash your feet. There’s all kinds of seafood and snacks available. You get to meet beautiful and lovely people.

Lagos island, just like Lekki, is home to the state’s elite. There are lots of beautiful, really expensive houses in the area. The residents love entertainment, so there are always shows going on in different parts of the town. You’ll find the most expensive, most magnificent hotels in Lagos Island.