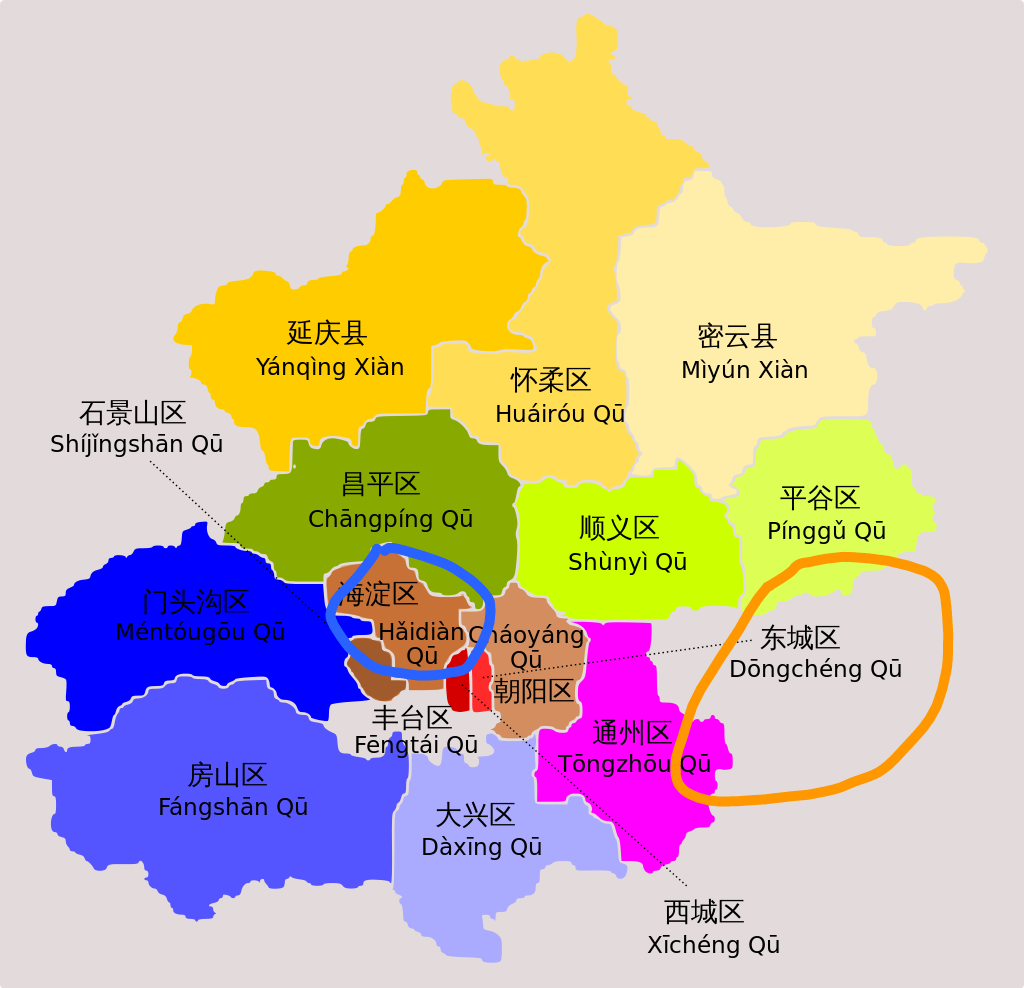 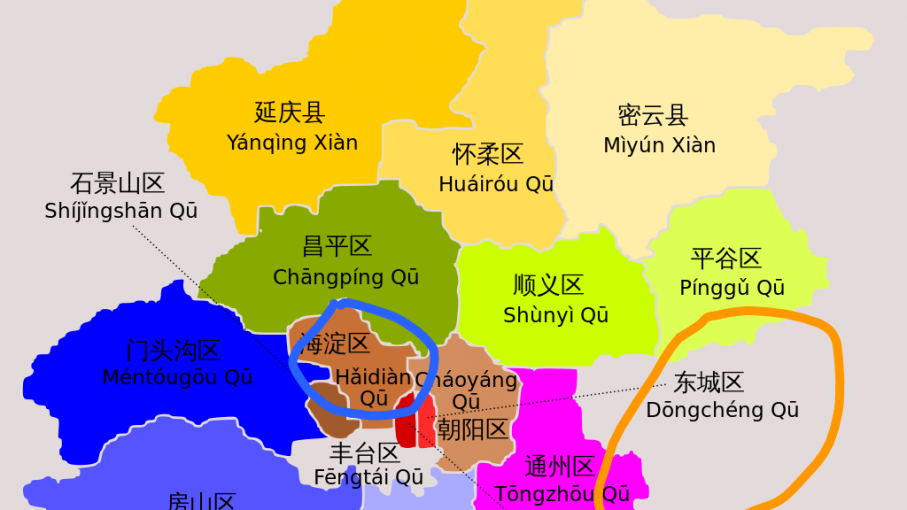 During my Bachelor’s degree, I spent my year abroad at Capital Normal University. There were some pretty varied food options there: a cheap canteen, and a couple of more luxurious restaurants, with food from China and neighbouring countries. First time I’d ever seen Korean sushi! There was also a nice shop where you could buy snacks. But I actually remember Haidian having tons of nice restaurants, as well as some street food stalls.

Haidian district is also home to the Korean quarter, Wudaokou. Going to be a bit good cop, bad cop here: there are two very interesting places that are very close to each other in distance terms, but very different in their atmosphere. ‘Propaganda’ is somewhere you’re never going to forget, but not really in a particularly good way or a particularly bad way. Let’s just say it’s… uh… distinct. The artwork can only be described as the very best of Mao chic and epic revolutionary kitsch; the quite possibly historically unparalleled crowds and sparky smoke (we’re not talking Marlboros or Mayfairs here!); and most of all, that elusive and inscrutable ‘thusness’ that only a true Taoist master could ever truly do justice to in words. The other exciting place here is Mojo’s. The granola is to die for, and the cocktails are simply stunning!

For those who are already well advanced in Chinese, or perhaps even for some of those who are trying to push things further in that area, there are a number of book stores: the epic Zhongguancun book store is a very exciting place that, speaking for myself, is sure to linger in the memory for the proverbial ten thousand years! (As many of you will already know, ‘ten thousand’ is pretty much the Chinese word for ‘infinity,’ or ‘as much as you can possibly imagine…) This book store is pretty large scale and can’t be compared to your local Waterstones or WH Smith’s. The overwhelming majority of the content is in Chinese, and I remember spending many happy hours browsing there, despite my very limited reading capacity at that time. If you’re in Beijing and you’ve got a classic book you want to buy (such as the Analects), then this is a really good place to try out. Happy hunting!

Unless you have a heart of stone, you’re sure to fall in love with the Lama Temple, Yonghegong. This is one of my most fondly remembered places… A heady waft of incense fills the air, taking us far beyond our narrow limitations time and space yet we do abide ever, ever present to the moment... Stand in awe before these beautiful statues of bodhisattvas and buddhas… In all their zeal for righteousness and purity and simplicity of heart… Adorning this true pearl of enlightenment and peace, amid a typically complex and intricately tangled 21st century metropolis… Even in the big cities of our time, places like this are always a safe haven for the heart to rest and take her leisure…

And speaking of icons of cosmic resting, Dongcheng district is also home to the Old Residences of various figures: aside from the leaders of the two 20th century revolutions (Sun Yat-Sen and Mao-Zedong), there are also the Old Residences of two very famous people who are known primarily for their literary endeavours: Mao Dun and Lao She. I have myself had the pleasure of Lao She’s Old Residence and I have to say, I rather enjoyed it! There was even the chance to buy some of his books there. Lao She was a writer who wrote an early example of the modern dystopia, ‘Cat Country.’ wrote the famous allegorical play ‘Tea House,’ where each tableau portrays various famous personages in China, linking them up to his period and the ongoing concerns of modernity. When I visited this place, the light tread and hushed words of tourists didn’t detract in any way from the peaceful and tranquil atmosphere. Lao She was a gifted artist who died a horrible and tragic death, so it’s nice to bring to mind the final words of Wuthering Heights, a novel from another towering, yet oddly humble, spirit of the literary world: ‘wondered how anyone could ever imagine unquiet slumbers for the sleepers in that quiet earth.’ I like to think some of the modern literary heroes of China, just like the ancient sages of Confucianism and Taoism and Buddhism, are still keeping watch over their old homes; whispering gently in the ears of those passing by, and giving of their plenty from an even richer granary than the one committed to them as their vocation, on that churning earthly voyage to harbour’s end.