This mapee is about the Chicago area. 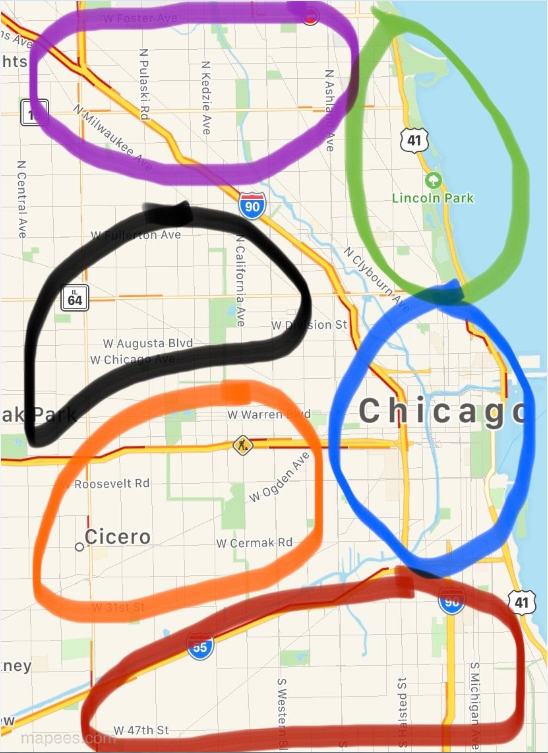 Blue – The blue area is the heavy tourist area of Chicago. Here you’ll find everything from Millennium Park to Willis Tower. The theater district of Chicago is also located in this area and is a must if you have some money to spend. Just know that this area is a bit overpriced and overwhelming at times, but is a must-see for any first timers to Chicago.

Green – The green area is the northern side of Chicago by Lincoln Park. Lincoln Park is an amazing area for nightlife, dining, and entertainment. The area has a great beach scene, as well as tourist attractions like the Chicago History Museum and the Lincoln Park Zoo. The Navy Pier is a must-see for any tourist. It’s a great area for first time Chicago tourists who don’t want to venture anywhere that isn’t too safe.