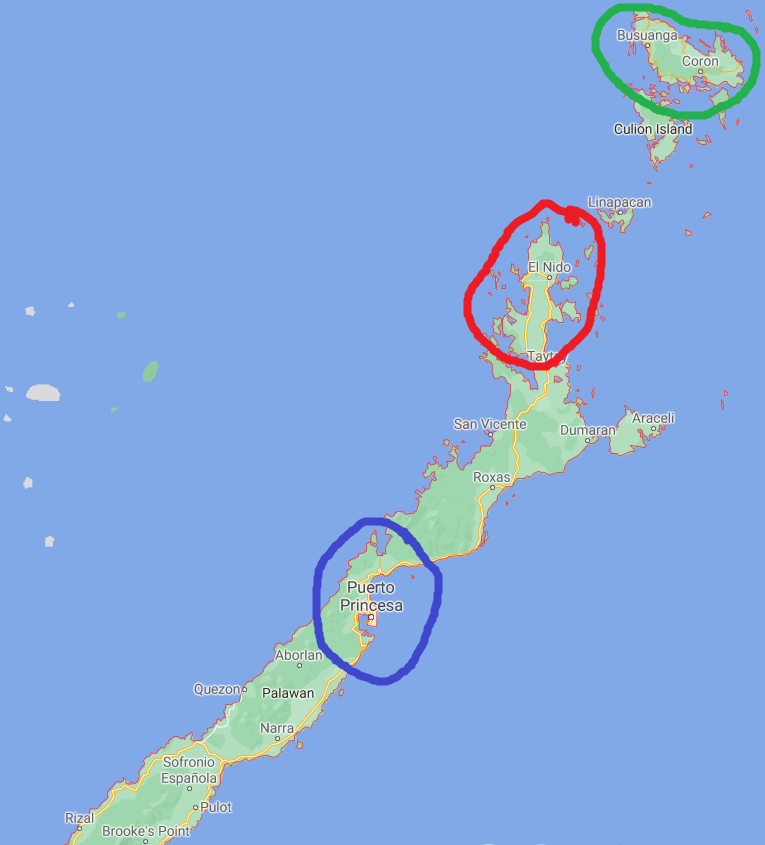 Like the whole of the province of Palawan, Puerto Princesa is extremely touristy. But it somehow manages to remain really clean and free of pollution, unlike many other overly-popular tourist destinations around the world. In fact, the tour guides will tell you that it’s won awards for its cleanliness.

The Subterranean River, sometimes called the Underground River, is a UNESCO World Heritage Site and is a great experience. The wider National Park is beautiful, with clear water and golden sand, but the area does get quite crowded with tourists. That said, it’s a good way for solo travellers to mix with new people and you’ll find the guides to be friendly and well informed, with perfect English.

Away from the Subterranean River, there are plenty of other well-known tourist attractions and things to do. The town is memorable for me since it’s the only time in my life that I ever ate crocodile sisig, a delicacy on the island of Palawan!

Probably the most famous tourist destination in the country, most people are getting there by flying to Puerto Princesa and then taking the 6 hour drive by van (because it’s cheap). But assuming you’re a foreigner visiting on vacation, so you likely have a bit of money budgeted for the trip, you’re much better off flying directly from Manila to El Nido. Like much of Palawan, El Nido is really touristy, but on balance it’s worth the trip because the beautiful scenery really is like something from a movie.

Coron is found on an island just off the bigger island of Palawan, but still within Palawan province. That makes it slightly trickier to get to, the trade-off being that it’s less packed with tourists. The area is growing really rapidly and getting busier though, with new hotels and venues popping up all the time. It’s the place to be if you’re into diving and of course, there’s tons of seafood restaurants to be found, though for some reason it’s quite pricey to eat out. There’s not much to do of an evening, so it would be best to keep your visit short and hop around the other islands.